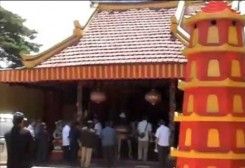 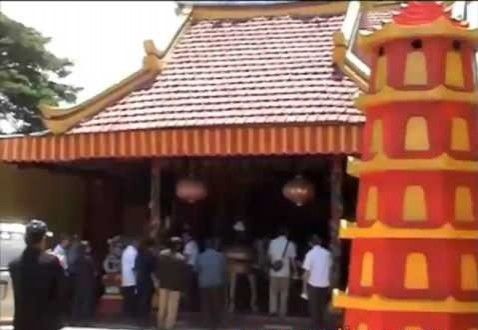 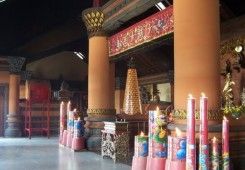 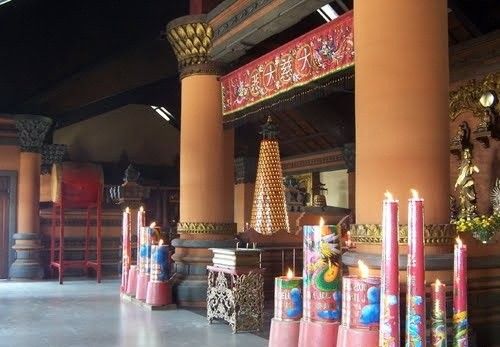 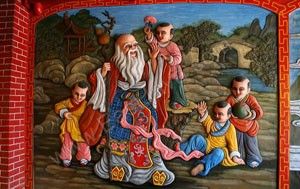 It was half century ago, the Chinese people in Nganjuk town was Kong Hu Cu. Unfortunately, there were not such appropriate temple to go to. The only thing left was the altar for The Honor of Kongco Tik Tjoen Ong, which was in China Gathering Hall, today’s known as Dr. Soetomo Street, Nganjuk. Even though the condition of the temple was inappropriate, the Parish was large enough.

Mr. Soen Boen Lee is one of the parishes who always come to pray to the temple. Since he is praying at the temple he feels many graces come into his life, and he feels so blessed and much more prosperity come into his business. Those facts makes The Honor of Kongco Kong Tik Tjoen Ong largely become more famous and attract many more people to come, both from outside or inside the town. This hilarious cannot stay any longer for the temple is not enough to hold the people.

The main existence of the temple is a place to pray and put the statue which symbolizing the Man who’s having great influence for the people indeed. Moreover, it having purpose to memorize the contributions from those Man, in order to be good example for the people nowadays.

The People who come to the temple is consist of some religion, that is why this temple been called as Tri Darma “Hok Yoe Kiong” Sukomoro- Nganjuk. The uniqueness from this temple, where it can’t be found from any other temple, there is a pile of earth about 1 meter in one of the room. It been said that the pile was refers to the ant, on the altar written “Ya Ong” or “King of Ant”.

Hok Yoe Kiong in Sukomoro, Nganjuk, is not big enough, but it builds on the road margin near with the train station, beside the Sukomoro district office and traditional market, where is the central of Nganjuk Onion. The visitors who come to this temple is not only from local area, but it also come from outside town, especially Surabaya. This thing makes the founder of this temple, Soen Boen Lee and the family feels so happy. Nowadays, the management for this temple is not only come from Tri Darma, but also come from Moslem, Catholic and Christian. They are invited to join in order to maintain this temple. The leader of this temple nowadays is Mr. Teguh who’s got the honor from the people until the temple shown its movement. Socially, this temple has also taking apart in Leong art and Barong Sai, which use the player from local inhabitant. Moreover about sport, in every Sunday morning there are always Early Exercise on the temple for the people around Sukomoro and Nganjuk. 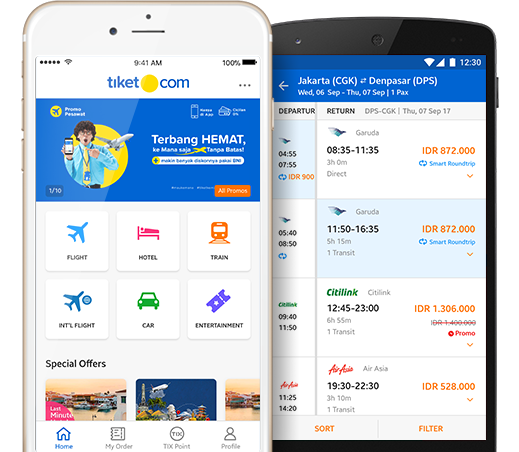