Easily grab your flight e-ticket at tiket.com. Book multiple flights from Shandong Airlines for your friends and family, therefore you’d have a good time traveling together. Want more? There is so much more you can get from tiket.com app. Check for ongoing promos to get a discount on your bookings.

Shandong Airlines Co, .Ltd., is an airline based in Shandong Airlines Center, Jinan, Shandong. It operates a sizable domestic network from Jinan, Qingdao, and Yantai to major cities throughout China, together with international networks to regional Asian destinations.

Shandong Airlines was founded on March 12, 1994, and began operating in September of the same year. In September 1997, the airline became a founding member of the New Star (Xinxing) Aviation Alliance along with five other Chinese provincial airlines. The purpose of this alliance is to improve finances and prevent takeovers from larger competitors. The airline's first new international service began on June 8, 2004, connecting Jinan to Singapore.

The airline is owned by two other companies, namely Shandong Aviation Group and Air China. Also, Shandong Airlines has codeshare agreements with various other companies, such as Asiana Airlines, China Express Airlines, and Uni Air. Shandong Airlines has a fleet of nearly 125 aircraft in either Boeing or COMAC. When operating long-haul flights, the Boeing 737 MAX 8 is the most commonly used aircraft, because it can load up to 168 passengers and has a large fuel capacity. For medium-haul flights, the Boeing 737-800 is the best choice, because it can accommodate around 159 passengers and is spacious.

Shandong Airlines provides two class choices for passengers, namely Economy Class and Business Class. The services and facilities offered by both classes are of high quality. See the explanation below for complete information:

If you need further information, you can contact the Shandong Airlines service center below: 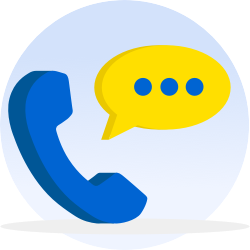