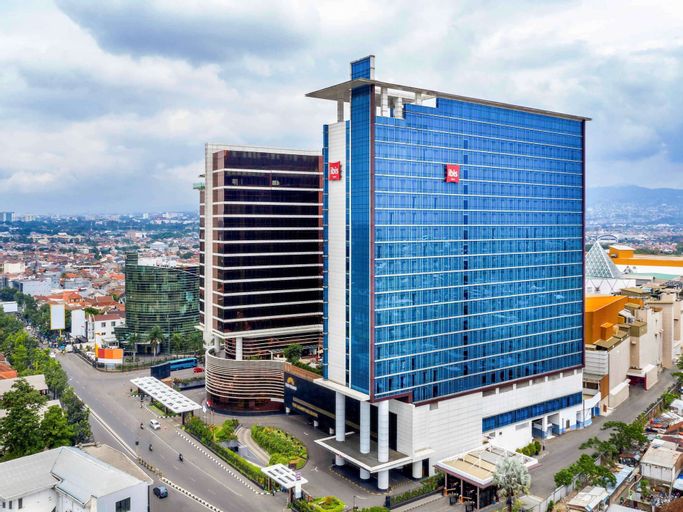 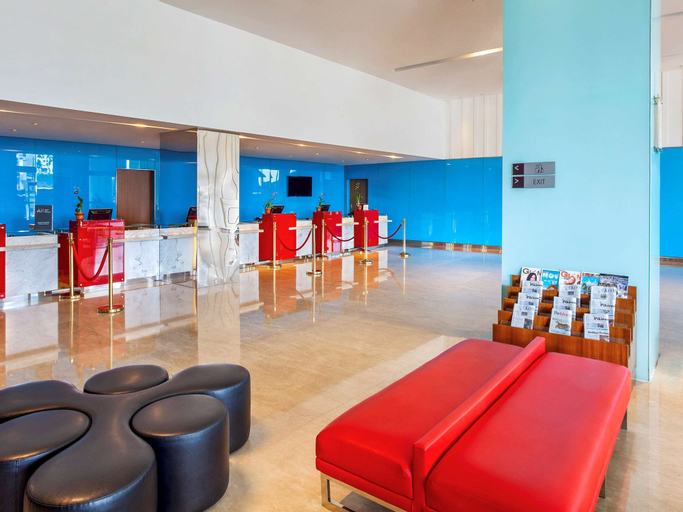 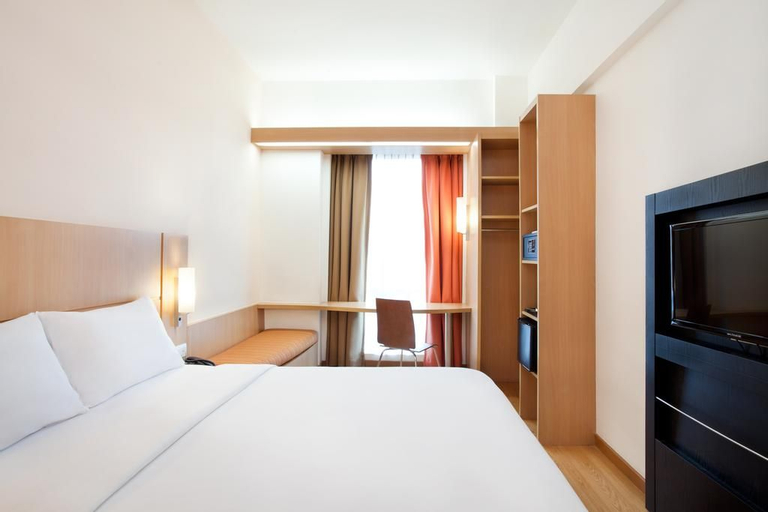 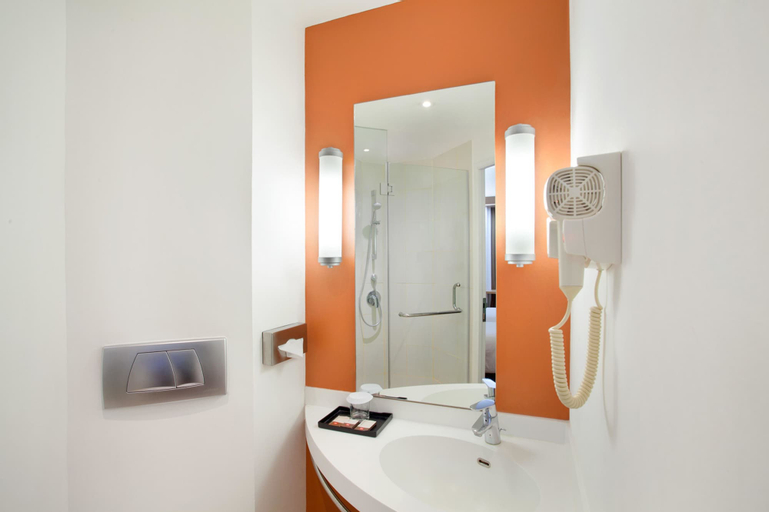 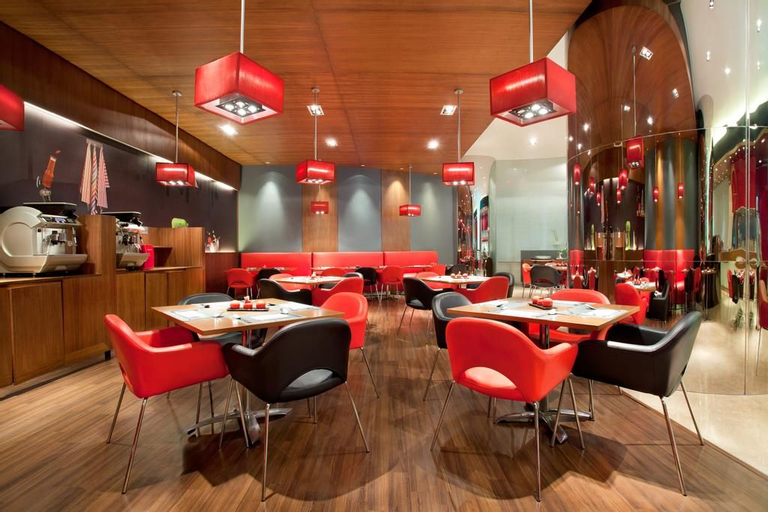 From 1.987 reviews
The most helpful reviews

Do you want to check-in early? Arrange check-in time with the accommodation
Description

OJ
service excellent .. check in/ check out cepat.. semua Ok... kecuali no facility at all.. 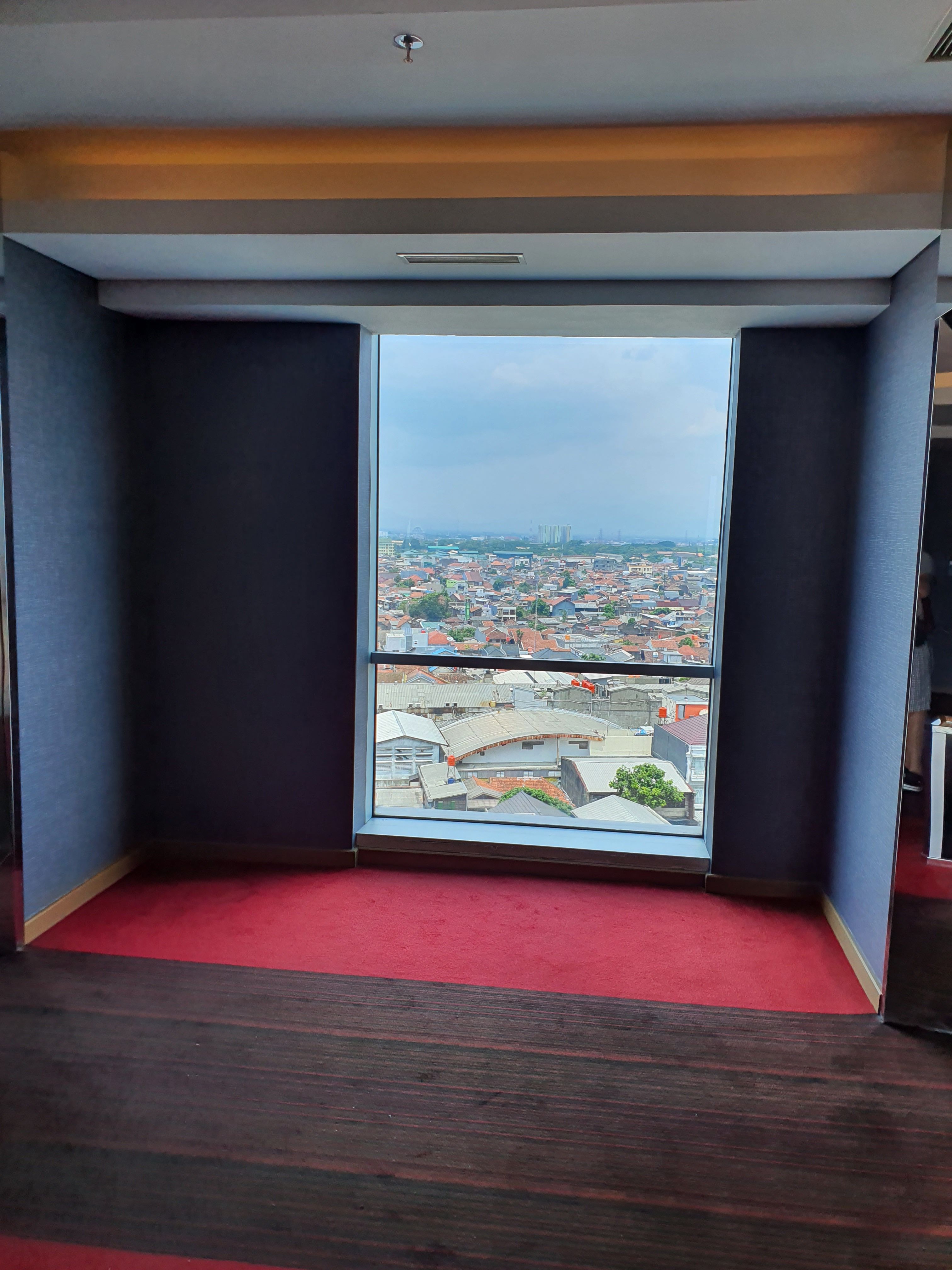 Diankreasindo888
Melati just so great and Edy the housekeeper just keeping our room soooo great and we will come back for sure you all are awesome!!! ! We love the strategic location as well as the professional staff. Service are the TOP even for the security as well. Love u guys missing stay there

InaSaras A
Recommended Place to Stay @Ibis,, Cozy, Warm & Comfort Room, Friendly & Helpful Staff, Near to Everywhere.. Easy way to do Check In and Check Out, Complete Stuff in a Room,, Very Clean Area & do Best for Healthy Protocol of Covid 19..

SurfingWild
I stayed one night here with my two children in a twin room. The Ibis Bandung Trans Studio is a very good budget hotel to stay in. Check in was straightforward. There was a short queue but this was fast moving and we went to our room quickly without any problems. At the entrance of the hotel the security checked our temperatures and hand sanitizer was provided. The room was on the 18th floor and like new with a fantastic view of houses and mountains. The bathroom was clean and the airconditioning was very efficient. WiFi was fast enabling my kids to watch Netflix in the laptop, and the choice of television channels was fine. The only fault was that when I tried to call down to ask for an extra towel and pillow I found that the phone was not working, so I made a call to the hotel using my own phone. A technician arrived quickly, tested the room phone and promptly replaced it. The request for the extra towel and pillow did require more than one call and eventually I went down to reception to ask yet again and these were then provided. Also, we needed to request toothbrushes and toothpaste since these were not initially provided in the room. We were able to push the twin beds together easily. One of the best things about this hotel is it's location as it is connected to Trans Studio Mall (TSM) which is one of the best shopping malls in Bandung with a huge H&M and a Uniqlo currently preparing to open soon. In my opinion, the food court is the best in Bandung. The carpark is shared with the Trans Hotel and parking is free. On the second time that I parked, I actually lost my parking ticket and at checkout the reception staff initially wanted to charge an admin fee of Rp16,000 although the parking was still free, but the front desk manager agreed to waive it. Fortunately I did manage to find the ticket in the end which I gave to them for stamping. I did not have breakfast at the hotel as I follow social distancing and didn't want to take any chances with my kids without wearing our face masks. However, the mall opens at 10am where there is a large choice of foods. The staff were all very friendly and polite and I would definitely recommend this hotel as a great budget choice for those wanting to stay in a hotel adjoined to a shopping mall in Bandung yet without being in the center of the city.

arifnugroho_adi
Personally, I've always believed that no hotel deserves a one-star rating in its review, and I have never encountered one where I stayed in. Congratulations on Ibis Trans Studio Bandung for proving me wrong. During my three-nights stay at the hotel, I was able to notice that the hotel had pretty much anything. From a strategic location, excellent internet, rude staff, room amenities not working properly, dirty bathroom, cold shower, stain on the bedsheet, etc. The only thing that was missing during my whole stay was proper management. One memorable scar was when I asked the housekeeping service to clean my room. My first request was processed at 11 AM. When I came back to my room at 1 PM, it still wasn't cleaned. At 2 PM, I made my second request directly to the front office. The receptionist acknowledged my request with a "walk it off" face and said that due to the lack of staff, I was put on a waiting list. What is the staff-guest ratio exactly? Are you telling me that the largest Ibis hotel in Asia is currently understaffed? At 4 PM, I still waited for my room to be cleaned. I guess the waiting list had included the whole population of Bandung, not just the hotel guests. At that time, I had enough and decided to request housekeeping service for the third time in a very demanding note. Less than five minutes later, I heard loud successions of knocking on the door. They had sent me the housekeeping service to clean my room. ...or sort of a housekeeping service. What I saw was an angry-overworked mob consisting of three people. They worked very fast in asserting their dominance by cleaning my room in an angry manner. Trash cans were slammed into the cleaning trolley, loud Sundanese words were spoken in a frustrating tone (i guess they assumed I don't understand Sundanese. Jokes on you, I understand Sundanese), and faces that showed zero hospitality in the hospitality business. That wasn't a proper way of dealing with guests, in any circumstances. Exactly why am I making a big deal of it? When I read the hotel profile on its Accor website, it clearly says the presence of a "15-minute Satisfaction Guarantee". Roughly speaking, guests are promised to get their problem solved in 15 minutes maximum. You're advertising one thing and then deliver another. That is unacceptable. I decided to overlook other annoyances during my stay because as soon as I saw the level of unprofessionalism provided by the staff, I had already given up hope to report such problems. Even during the writing of this review, I'm still not sure whether the management would actually read, let alone fix the problems I've mentioned. Call me pessimistic, but because I didn't see the presence of management at the hotel when I stayed, I have my doubts they have one when I'm not staying. Ending this on a positive note, the hotel has a strategic location and excellent internet. It has to be noted that they barely make up for the terrible experience I had experienced during my stay. On a more optimistic note, I've decided that I will give a shot in the future for another stay. I'm anxious whether the hotel will be able to redeem itself from this one-star review.
You’ve reported a review.
A problem occurred and we need a while to fix it. Please try again later.
You’ve already reported this review, and we’re currently checking your report.
Yay! You’ve successfully logged in
You’ve reported a review.
A problem occurred and we need a while to fix it. Please try again later.
You’ve already reported this review, and we’re currently checking your report.