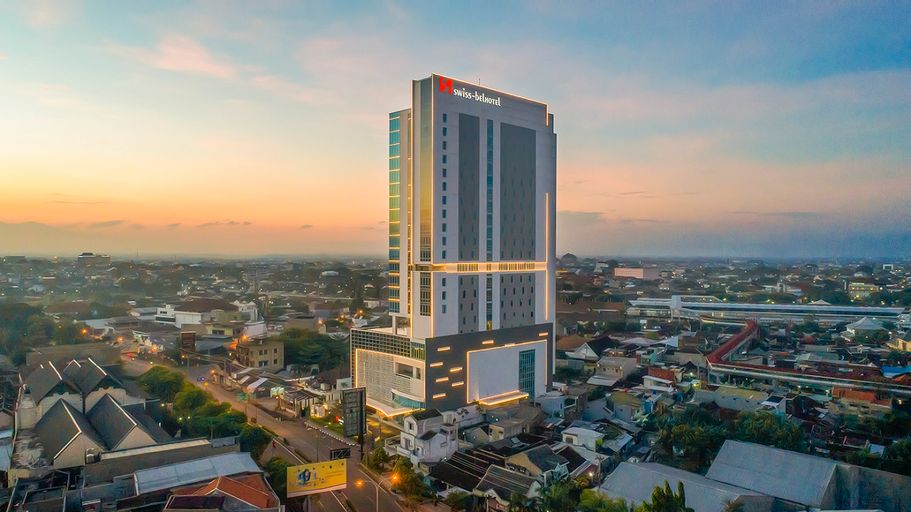 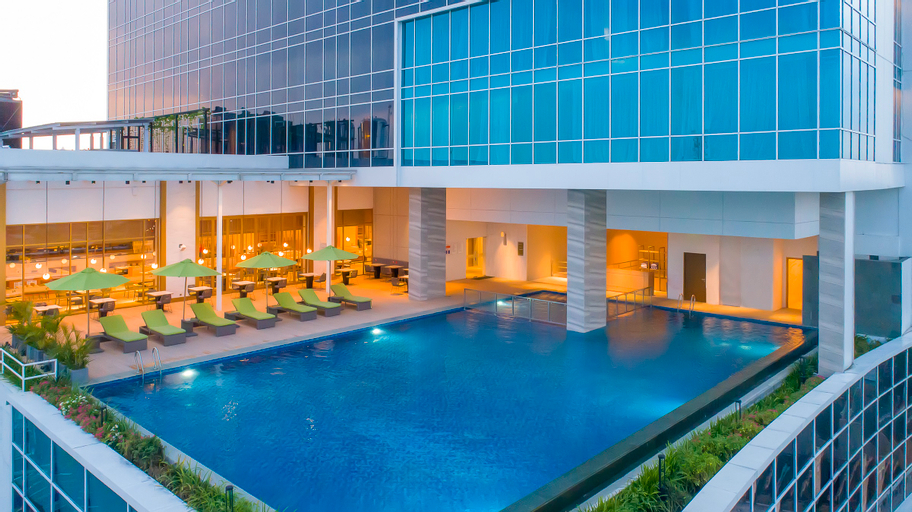 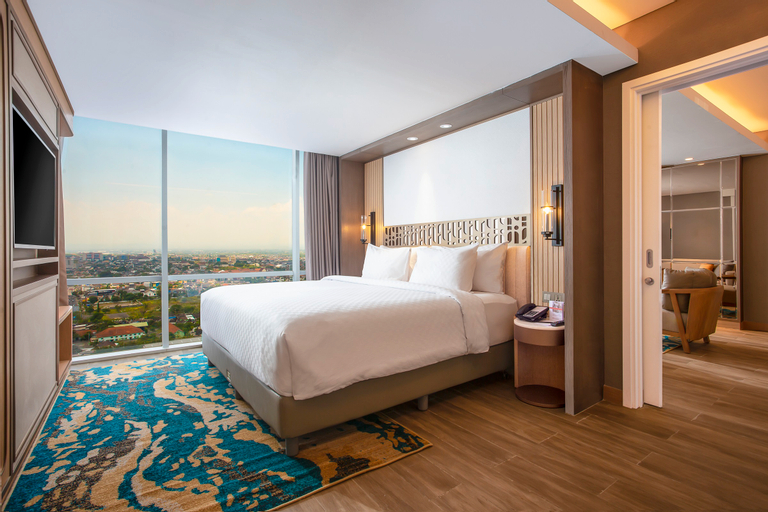 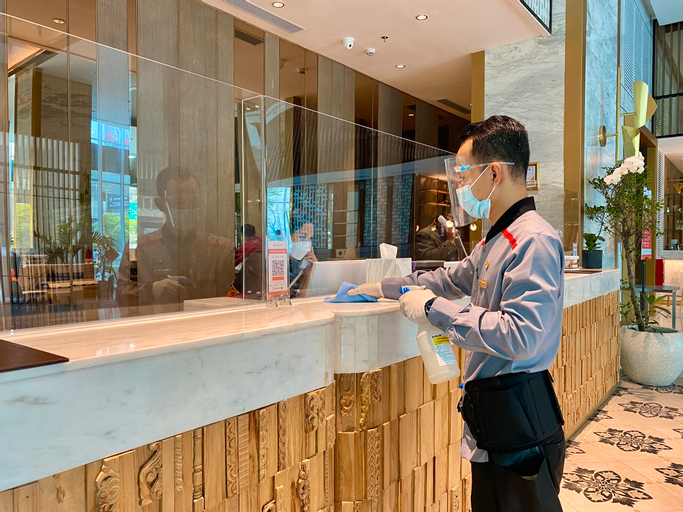 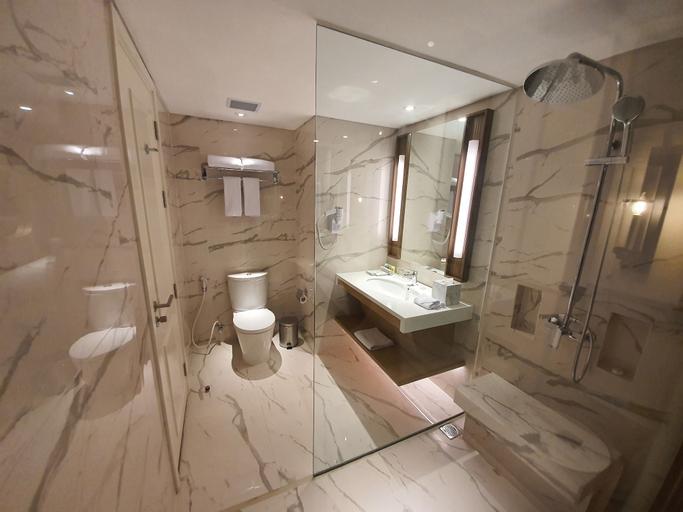 This accommodation is clean, safe, and CHSE certified by the Ministry of Tourism and Creative Economy.

From 20 reviews
The most helpful reviews 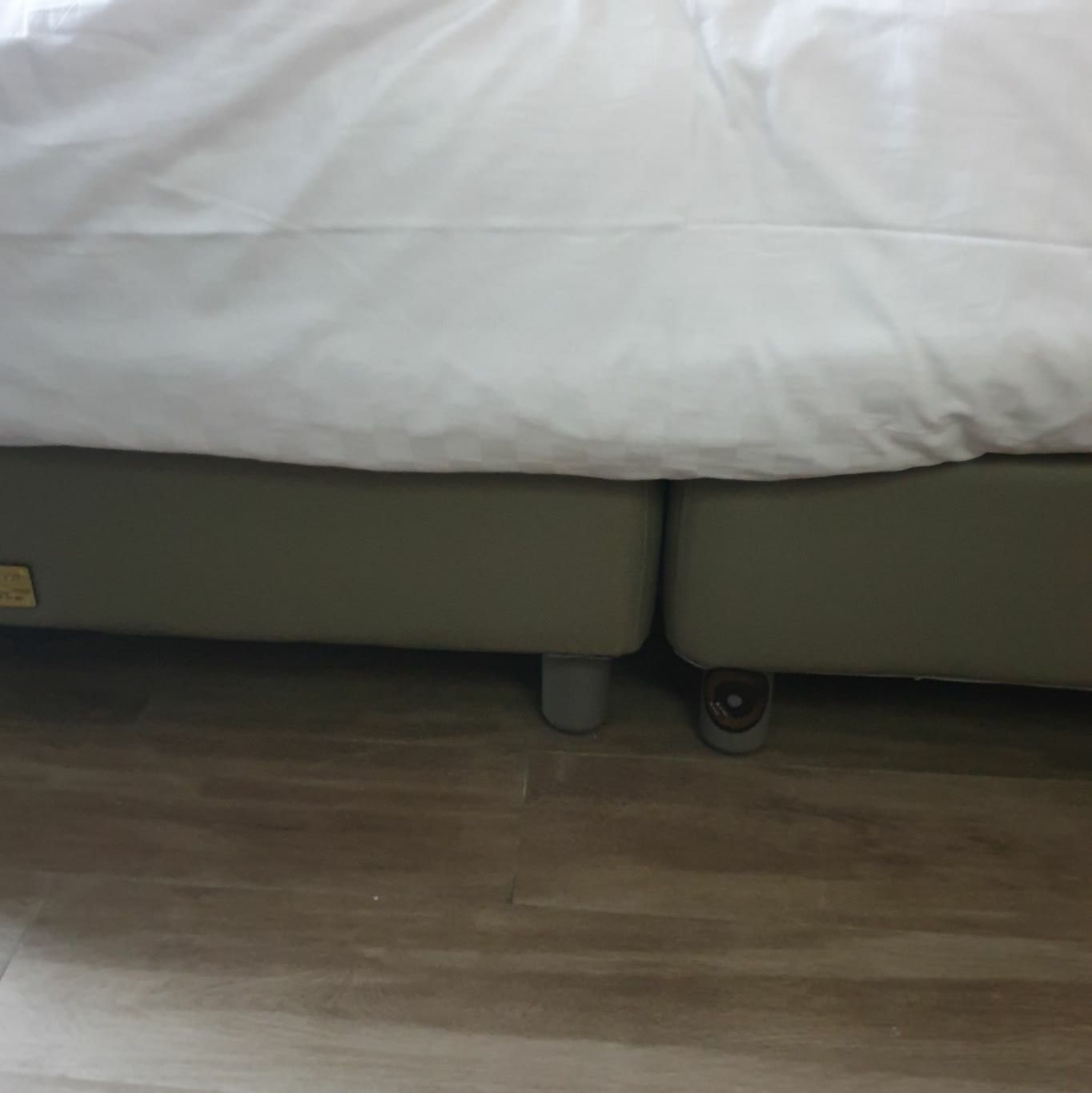 Do you want to check-in early? Arrange check-in time with the accommodation
Description

Swiss-Belhotel Solo is an exceptional new upscale hotel that provides a full range of facilities for business, leisure and events. Located on Jalan A. Yani, surrounded by the city’s most popular retail areas and attractions, this landmark hotel puts guests in the centre of the action. Guests can enjoy local and international cuisine at the Swiss-Kitchen™ restaurant, unwind at the Lobby Lounge, make a splash in the swimming pool and kid’s pool, soothe their senses at the spa or work out in style at the fitness centre. 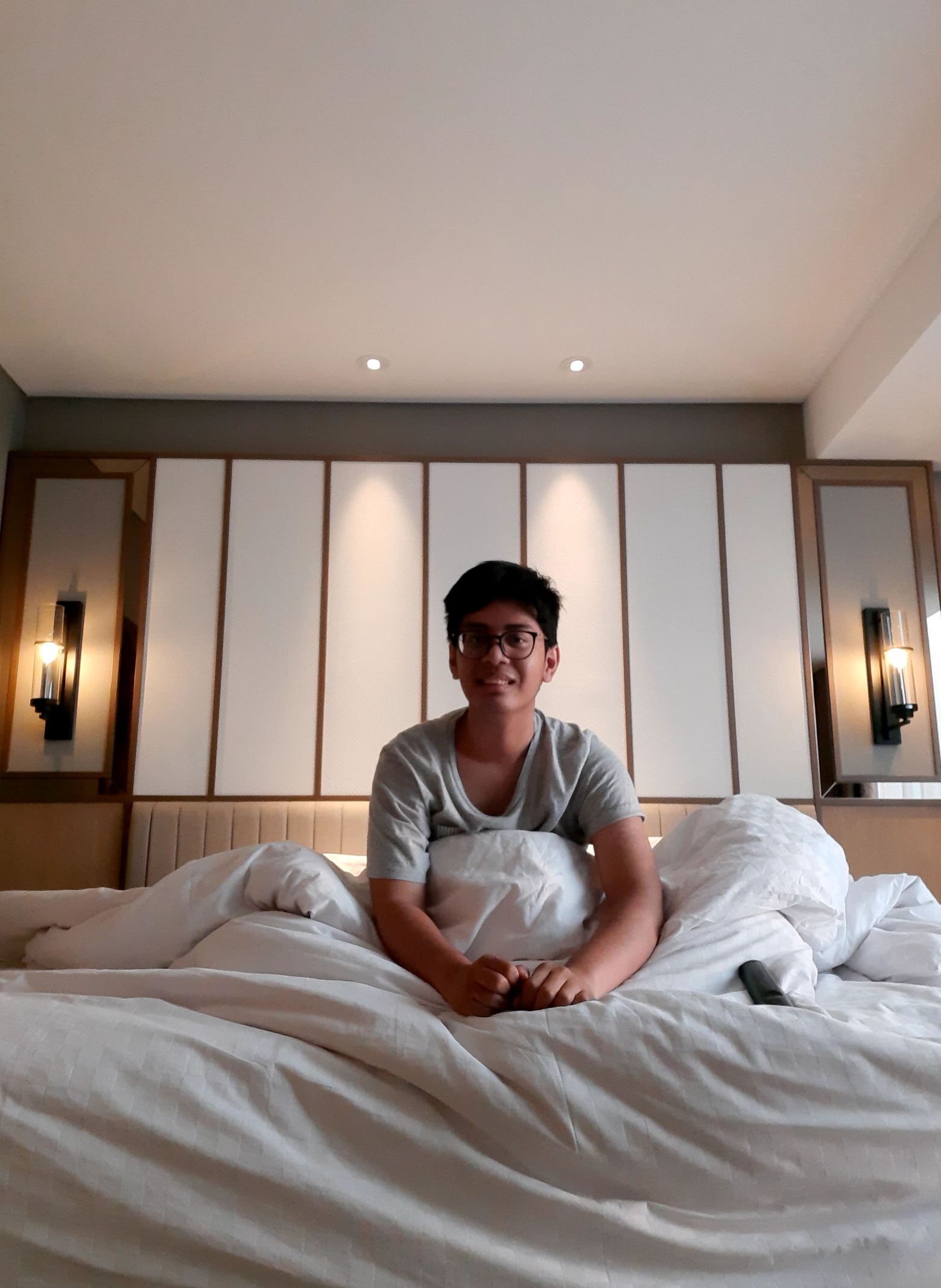 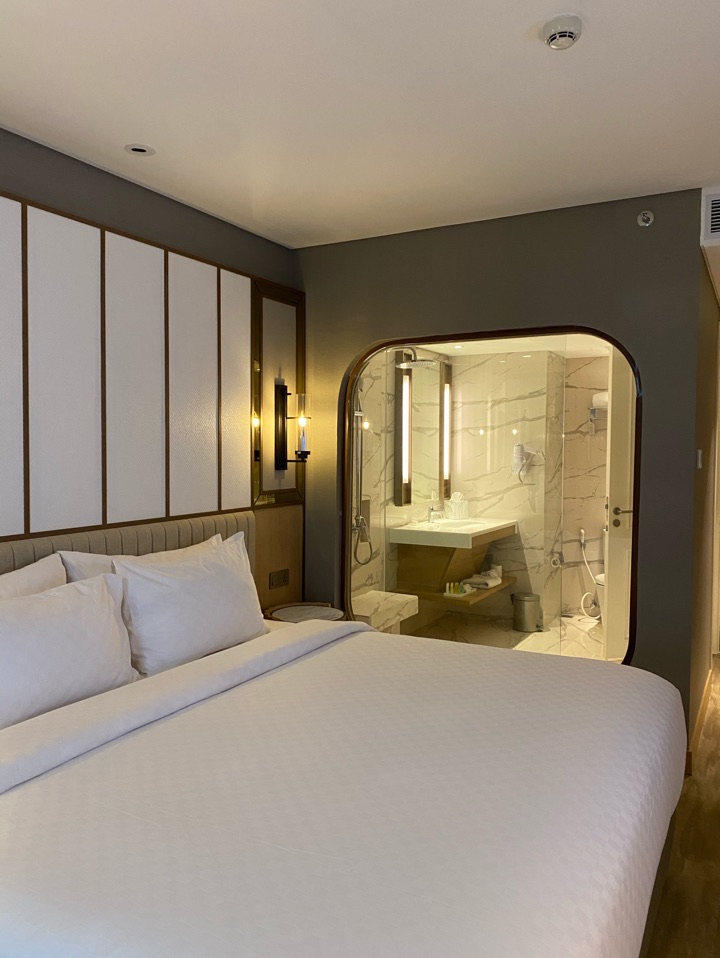 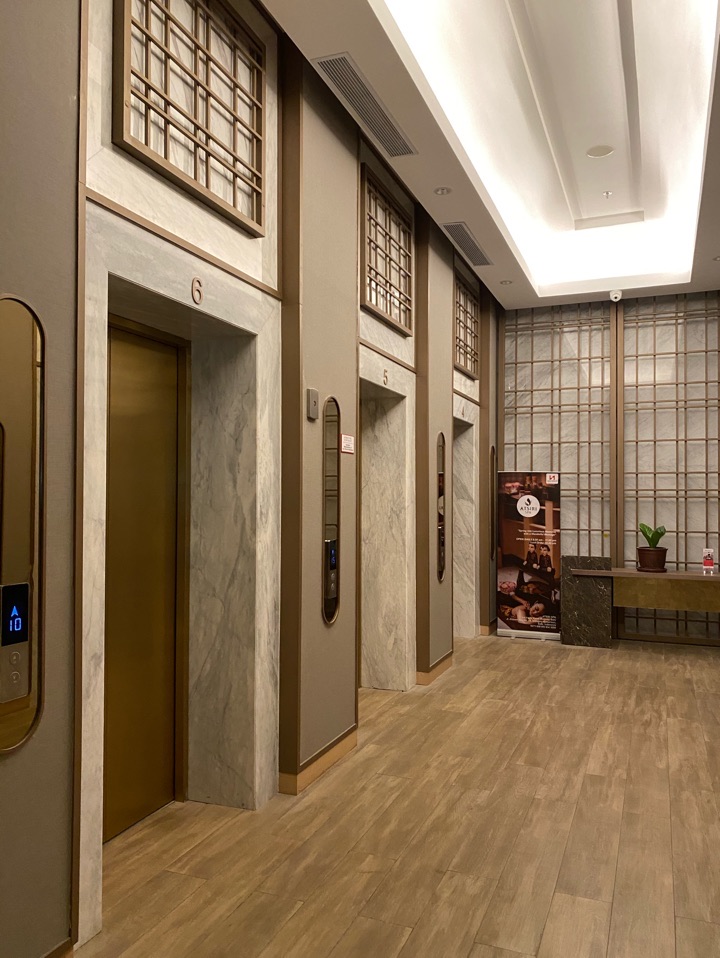 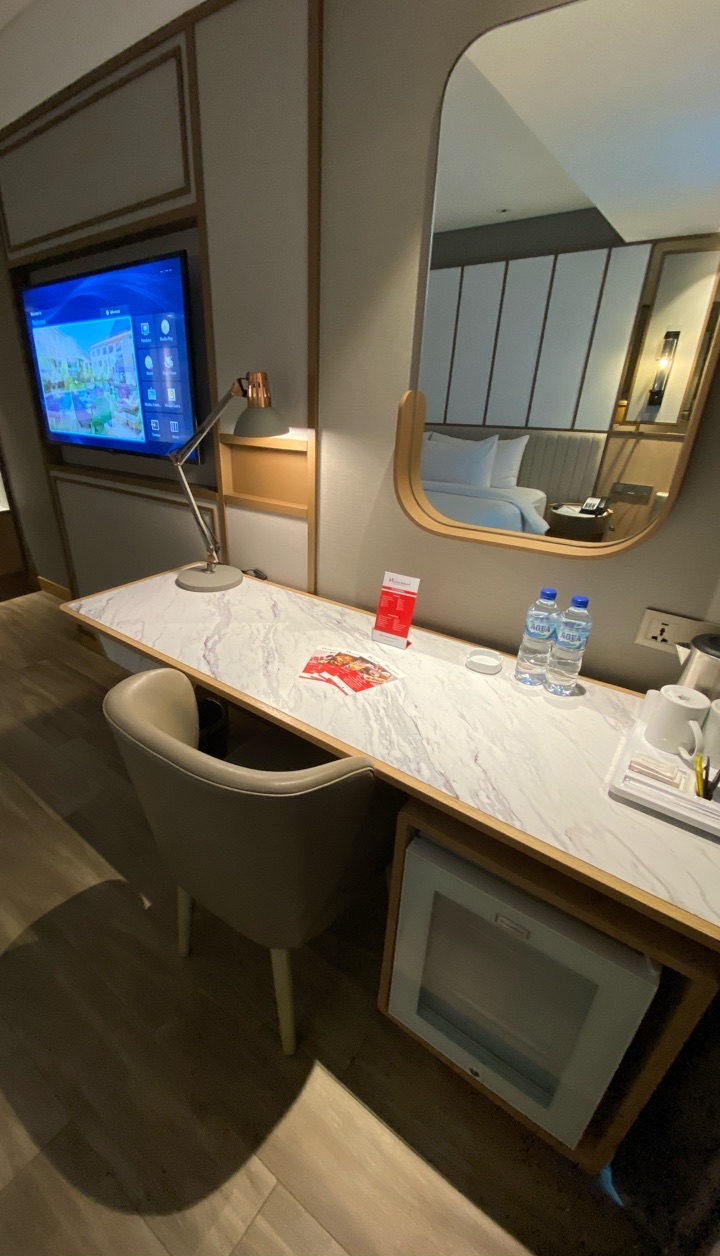 soegihartoh
New hotel, with clean bright nice room, spacious and very good service. Only the location is not so good. all staff are friendly and helpful, breakfast is not expensive and the taste is okay. Try the spa which make the body fresh.

priazm
Had a good time enjoying dimsum buffet with friends. Good quality fresh dimsum and cozy ambience with a friendly staff assisted by Mbak Manis. Would definitely come back to try the other dishes. I heard the pizza is good

joshuaiman
One night stay in this hotel is not enough for me. Comfortable hotel in the city with many facilities inside (spa, gym, pool, etc.). All staff is very helpful and friendly. Many selections of breakfast and tasty. Definitely will choose this hotel again when visiting Solo soon.

ferwink
Stay here with my family in the pandemic situation but the hotel applied safety protocol very well. Check-n process is fast & efficient. We stay in Executive Room which is very spacious & value for money. The room is clean with luxurious design and have a good mountain view. Breakfast is good with a lot of variety. Overall we have a good experience stay in this hotel and the hotel has good location also, near Stasiun Balapan, Bus Station and Toll Road, make it easy to go to another city.