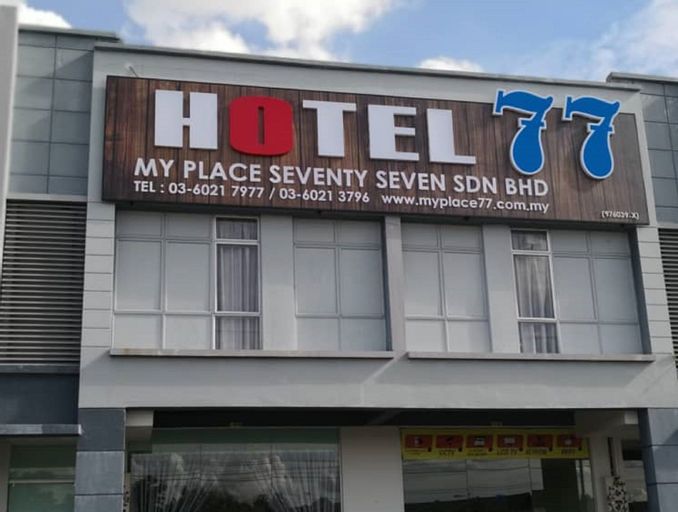 Hotel 77 Facility and Service
Make use of convenient amenities such as complimentary wireless Internet access, a television in a common area, and a vending machine.

Hotel 77 Rooms
Make yourself at home in one of the 38 air-conditioned rooms featuring plasma televisions. Complimentary wireless Internet access is available to keep you connected. Private bathrooms with showers feature complimentary toiletries and hair dryers. Conveniences include desks, housekeeping is provided daily, and irons/ironing boards can be requested.

Restaurant and Cafe
Grab a bite from the snack bar/deli serving guests of Hotel 77.

FAQ
What is the address of Hotel 77?
Hotel 77 is located at 15G Jalan Adenium 2G/13, Pusat Perniagaan Adenium, Serendah, MY
What are the standard check-in & check-out times of Hotel 77?
The standard check-in time at Hotel 77 is starting from 2:00 PM and the latest check-out time is at 12:00 pm
What are the facilities available in Hotel 77?
Facilities available in the hotel are (some may require extra charges):
Fasilitas
Fasilitas Populer